I’ve cautioned before in Court Strikes Down Homemade “Kitchen Table” Separation Agreement about the pitfalls of a do-it-yourself approach to drafting a separation agreement. The recent Ontario decision of Cramer v. Cramer serves as yet another lesson on why it’s a bad idea: disputes often arise, both spouses end up having to hire lawyers anyway, and it takes a judge to re-draft the agreement to bring it in line with the law and the parties’ true wishes.

The couple had separated after 19 years of marriage. The husband, who insisted that lawyers should not be involved – went to an office-supply store and purchased a separation agreement “kit”. He and the wife sat down at their kitchen table and prepared a draft agreement while having coffee and tea. After some revisions, they prepared subsequent drafts and then went through the agreement on a clause-by-clause, page-by-page basis. They made a few more initialed changes before creating a final version, which they signed in the presence of two witnesses. The agreement stated on its fact that it was intended to be a “full and final settlement”.

Although the agreement covered certain necessary items (such as a listing of the couple’s assets, bank accounts and insurance policies, division of household contents, etc.), it unfortunately omitted several very important ones: for example it neglected to deal with spousal support for the wife, and did not provide for a fair division of the husband’s pension.

When the wife later realized that she had likely not received a fair settlement under this do-it-yourself agreement, she brought the matter to court to have it remedied and brought into line with her proper legal entitlements.

The court reviewed the document, as well as the circumstances in which it was negotiated and signed. Both spouses had participated equally in settling the agreement’s terms; neither of them was attempting to take advantage of the other; and both thought the agreement was fair at the time. Moreover, both had received the benefits of the separation agreement, and both had fulfilled their respective obligations.

But the spouses had lacked some very fundamental information at the time, and neither had an accurate understanding of the agreement or its ramifications. The court explained:

When the husband told the wife that she was not entitled to any part of his pension if they were no longer together, and she accepted that fact, it reflects their mutual misunderstanding of its nature. Neither was aware of its characterization as an asset having value prior to retirement. Neither party appears to have any degree of sophistication when it comes to financial affairs …

They had misunderstood the nature of the husband’s pension, and had overlooked the wife’s right to be compensated for the economic disadvantages she had suffered as a result of the marriage, arising from her role as caretaker to the children. From a legal standpoint, the agreement did not comply with the statutory scheme of property division and support that was envisioned by the Ontario Family Law Act.

In light of this fundamental misunderstanding and a mutual mistake, the court had authority to correct the agreement’s terms. It ordered the man to assign and transfer about $80,000 to his wife from his pension, with interest. (As it turned out on the specific facts, however, no adjustment for spousal support was needed since the wife had been living with a new partner since 2009 and married him in 2012. She did not need spousal support at the present time).

In this case, the couple went the do-it-yourself route in order to save money. Instead, they each had to hire lawyers and spend a costly day in court.

Thinking about drafting a separation agreement? We can help. At Russell Alexander, Family Lawyers our focus is exclusively family law, offering pre-separation legal advice and assisting clients with family related issues including: custody and access, separation agreements, child and spousal support, division of family property, paternity disputes, and enforcement of court orders. For more information, visit us at www.RussellAlexander.com. 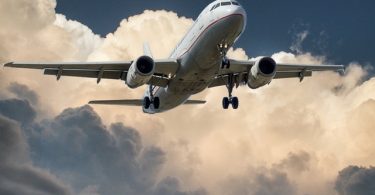