The couple had two children. When they split up, the husband was apparently resolute in not paying support of any kind, and not providing her full financial disclosure, since at every turn he managed to evade furnishing her with information. After her persistent attempts, he finally admitted to earning about $27,000 per year, but claimed that he was unwell with various ailments (including diabetes, neck pain, back strain, headaches, occasional dizziness, anxiety and joint pain). Not only had he historically never voluntarily paid any child or spousal support since their 2009 separation, but he claimed that for the foreseeable future he had no financial wherewithal to do so in any case.

To that point, there is nothing was nothing particularly out-of-the-ordinary in the couple’s case.

The backstory, in contrast, had a few unusual twists, as illustrated in the court’s narrative which describes the events leading to that separation:

The wife testified that over the course of their 20 year marriage, the husband’s need to control all aspects of their finances became unendurable. He operated his various interests independently and she had little knowledge of their financial circumstances.

In August or September of 2007, she made the decision to cease depositing her paycheque to the joint account. Doing so considerably exacerbated the existing strains.

At the same time, the parties were involved in a rather savvy business opportunity: the purchase of an investment property. The husband took no steps to address the wife’s diversion of her earnings until the sale of the investment property closed in March of 2008. Upon closing, they benefitted from a significant profit which they used in part to pay off their mortgage.

What came next sets a dramatic stage for this proceeding.

The husband’s conduct towards the wife changed dramatically. He took an extensive vacation to India. Upon his return he was distant and aloof.

On Saturday June 21, 2008 around 2:00 in the afternoon the husband walked down the stairs of their Richmond Hill home with a suitcase. He came into the kitchen, announced to the wife and daughter that he was leaving and wished them well. He then walked to the front door, paused, turned around, and suggested that they “go to the Bank of Nova Scotia – there may be a mortgage waiting for you.”

Despite their shock, and the fact that it was a Saturday afternoon, wife and daughter raced to the Bank. They discovered that the previous month [the husband] had placed, and drawn down two lines of credit on their previously encumbrance free home: the first for $451,109.63 and the second for $300,739.56. A whopping interest payment was now due. And where was it to be paid from? The joint bank account had been emptied.

Even the children’s joint Education Savings account had been depleted. $20,000 gone.
And where was [the husband]? He had gone to Switzerland. He freely admits to having done so. And he really did put money into a Swiss Bank account.

The court continues the story:

On July 29, 2008, the wife obtained an order specifically preserving the Swiss Bank accounts. The monies were returned within weeks. Today [the husband] testifies that he had a change of heart in August of 2008, and voluntarily decided to return the monies to Canada. He was prepared to reconcile their marriage.

It is wife’s more credible view that the monies were returned when the husband realized that the preservation order could interfere with his use of the funds, and that it was in his best interests to avoid a finding of contempt. [The wife] spoke of the tremendous pressure on her to maintain the family and avoid the embarrassment of a divorce. She was particularly anxious about having enough money for [their son] to return to university.

Later, the husband tried to return the money and reconcile with the wife, but she refused. The story continues:

On December 24, 2008, the wife and daughter travelled to New York for an annual visit with the wife’s sister. When they returned on January 2, 2009, they were stunned to find the husband comfortably ensconced in the basement. He would not leave. Four months of escalating tensions and disturbances followed. It came to an end on May 22, 2009, when the York Region Police forcibly removed the husband from the home.

The couple negotiated the husband’s return of the money (and a part was set aside as an advance on the wife’s equalization payment). But that did not end the matter, as the court described in its continued narrative. Under the subheading titled “Meanwhile…. What was Really Going On” the court wrote:

In February of 2012, [the husband] was pressing for the sale of the matrimonial home. By pure inadvertence, [the wife] opened the mail one morning to find [the husband’s] personal T4A. It reported 2011 self-employment commissions of $521,604.96.

A new round of disclosure requests followed. As a result of those inquiries, it was ultimately discovered that [the husband] was the sole shareholder of 2153454 Ontario Ltd., a company which had never been disclosed. And there was more that had not been disclosed. Much more.

The primary issue for this trial is the determination of the husband’s income for support purposes. Throughout, he has maintained that he is unwell, has no financial means and is a hapless victim within a confusing, and out of control court proceeding.

In truth, the husband was the mastermind behind an insurance “scheme”, which the court described as “an alternative form of income that was improper, highly lucrative and perfectly suited to his extensive client base.” With this finding in place the court calculated the husband’s true income as ranging between $222,000 to $366,000 per year for each of 2008 through 2012. There was also at least $55,000 in unexplained deposits to his bank account in both 2013 and 2014, and another $250,000 in a bank account in India that he falsely claimed he could not get information on or access to.
After sifting through the husband’s untruths and attempts to conceal money from the wife, the court eventually determined that he owed arrears of child support amounting to almost $215,000. It deferred calculating the special expenses related mainly to the children’s education until a later hearing. (And the court added that, since the matrimonial home had increased significantly in value, the wife would succeed in acquiring most of the father’s one-half interest in the home through a set-off of his outstanding support obligations to her and the children). 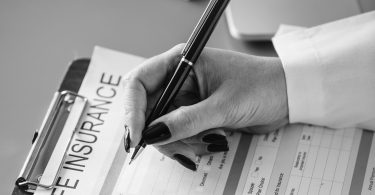