Who has to Prove Contempt of Court? – Part III

A recurring topic in some of the recent Blogs has been the court-imposed “contempt of court” remedy (What is “Contempt of Court” in Family Law, Anyway – Part I, and Part II), and in particular, those scenarios where a custodial parent has failed to abide by a court order requiring him or her to make the child available for the other parent to exercise access rights. In the face of the custodial parent’s steadfast refusal to comply, the court may (among its other remedies) make a finding of contempt, with the penalty being a monetary fine or even jail for the obstinate parent.

The availability of this remedy gives rise to a related question: which parent bears the burden to prove that that contempt has (or has not) occurred?

Is it the parent who claims to be fulfilling the order’s terms? Or is it the one whose legal rights are being thwarted by the other’s lack of compliance – or by inadequate efforts to get a child to comply?

The answer may surprise you: it’s the parent making the contempt accusation who must bring the proof. That means he or she has the burden of establishing that the other, uncooperative parent has actively breached one or more court-ordered obligations, or that the parent did not take all reasonable steps to make sure it is complied with (either personally, or by the child).

For the parent who does the accusing, this will involve providing the court with:

• the particular order that is claimed to have been breached

• evidence that the other parent knew about the order

• details as to the dates, times, and other specifics that show that the other parent has fallen down on the duty to comply with those requirements

In the context of those difficult situations where the court order is being because the child is unwilling to cooperate, this obligation may seem especially harsh, because the parent asserting contempt must also show that the non-compliant parent has failed to take active steps to ensure the child complies. (These steps were the subject of an earlier blog here.)

Because parents in such situations usually no longer live together, it may be challenging to identify and critique (from afar) the non-compliant parent’s shortcomings in this regard, at least to court’s satisfaction. This may not seem fair, because the “innocent” parent is being forced to marshal proof of the other parent’s default. It seems more reasonable that the non-compliant parent should be the one to come forward with all of the measures he or she took to try to coerce the child and satisfy the requirements under the order, and prove that there was no contempt. Yet that’s not how Ontario law works: it’s the innocent parent who must show that the other parent did not do what was required.

Seems like a difficult hurdle? It can be. Moreover – because a contempt hearing is considered quasi-criminal in nature – the burden of proof is high: these elements must be proven to the court “beyond a reasonable doubt” by the parent making the accusation. 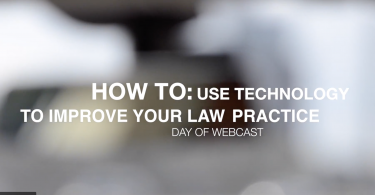