Many people aren’t fans of making New Year’s resolutions, since the artificially-imposed “fresh start” seems arbitrary and contrived. But no matter what time of year, I think it’s never a bad idea to reflect on our behavior, especially when it is likely to affect our children.

(And for separated and divorced parents, this kind of reflection can never be done too frequently, since the inherent acrimony of the divorce process makes it all-too-easy and tempting to engage in bad behavior often, and all throughout the year).

Here are my suggestions for the Top 5 New Year’s Resolutions.

1) Celebrate what’s good about my child’s other parent.

Once a relationship dissolves, so it seems do the parents’ respective memories of what drew them together in the first place. Children eventually grow up with their own perspectives on each parent’s character, flaws and attributes; it’s not the place of either parent to point out the flaws of the other, or to taint that process by bad-mouthing the other parent in front of the child. Although this is very common, it is highly damaging to the children. With only a few exceptions, children thrive when they have balanced relationships with both parents.

2) Keep argument and discord to a minimum.

Just as it’s easy to focus on the other parent’s shortcomings, it’s equally easy to get drawn into battle with him or her over every little thing.   Not every single disagreement has to become a full-blown war. It’s important to “pick your battles” if you can. And it bears repeating: Children who see their parents fight are very negatively impacted, particularly young children who may assume that they are somehow to blame.

3) Try to model good conduct and a healthy lifestyle.

New Year’s is often the time that people resolve to quit smoking, lose weight, and rid themselves of many other bad habits and lifestyle choices. This same desire to purge unwanted behaviour should extend to your family’s lifestyle too, since most children view their parents as role models. So, even when living with the practical after-effects of separation and divorce, it’s important to model things like healthy eating, getting adequate sleep, sticking to established routines, being respectful of others’ time and traditions. The list goes on.

Nobody goes into a marriage thinking that it will end in divorce; nobody chooses to become a parent with the idea that will eventually end up having to deal with custody and access schedules, dealing with separate residences, and dividing up summers and holidays. The easiest way to thrive in an adjusted family is to maintain flexibility and (if possible) a good sense of humour.

Even when the separation or divorce is not your idea, it’s important for your children to see you living a personally-fulfilled, happy and well-adjusted life to the greatest extent possible. This includes not only spending time with them, but also making time to yourself to pursue your own passions, friendships, and rewarding work. Children will themselves be happiest when they live in a happy home.

Whatever happens to be on your list of New Year’s resolutions this year, from the staff of Russell Alexander, Family Law, we wish you a happy and prosperous 2017! 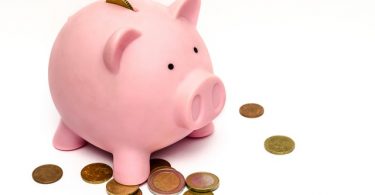