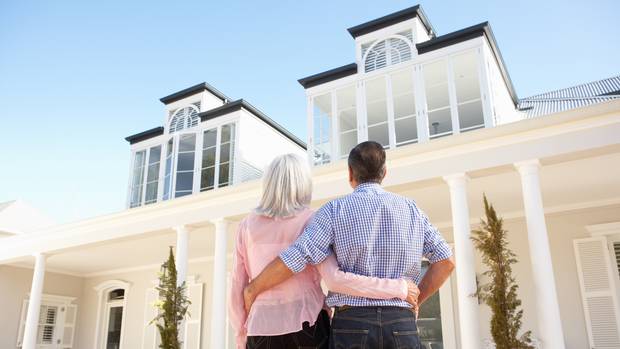 For Amateur Lawyers, Part 2: Equalizing a House that Cost More to Build than it’s Worth

As I reported last week, the case of Strobele v. Strobele involved a couple who in the two years leading up to their final split had invested all their life savings (and more) to build their “dream home”. Unfortunately, it turned out that not only was the construction project the “death-knell” to their relationship, but the home also ended up being worth far less than it cost them to build/renovate.

At the end of the day, the home cost about $1.8 million to build, but ended up being worth $1.2 million, with title solely in the husband’s name. The wife had contributed $240,000 of her own money to the construction project over the years they were together.

So how does a Family Court split a home that’s worth less than what the spouses invested in it? The answer: With some complex calculations, and after looking at all the circumstances.

An already-tricky scenario was made somewhat more complicated by the fact that the husband wanted to buy the wife out, so that he could stay in the home. This meant that one of the many issues for the court was how much the husband should have to pay her.

The court first ruled out doing a straightforward Net Family Property calculation using the home’s current low market value. That would result in allowing the husband to stay in the home, obtain the benefit of the surroundings, and have the wife make further payments towards the home’s cost. This, the court stated, would be unfair.

Instead, the court had to look at the economic consequences of the relationship and its breakdown. The couple had moved into the home before they got married, and the wife spent $240,000 of her own money on construction projects both prior to and after marriage. They had enjoyed a relatively equal economic partnership throughout their relationship.

The fair approach was thus to calculate – and to divide equally – the overall losses that the couple sustained in building their dream home, and to give the wife a 50 percent equitable interest in the home – whatever that might turn out to be – by way of resulting trust.

Using an as-built value of $1.8 million, and a market value of $1.2 million, the court focused on “consumption value”, which would lead to a determination of what the parties’ loss on investment was. In these circumstances, the parties had each lost one-third of their overall investment in the home.

When that discount ratio was applied to the $240,000 that the woman put in over the course of their relationship, this meant she had lost one-third of that, too. In other words, rather than have the wife emerge with nothing from her $240,000 investment, the fair solution was to gross-down that figure by one-third, to represent her losses.

So after the normal equalization calculation the husband was at liberty to purchase the wife’s interest in the home for $160,000 and also personally assume all the debt associated with the house. Or, if that transaction did not take place and he chose not to buy her out, then the house could be sold and the loss that results could be divided equally between the parties through the usual equalization process.

Was this the outcome you would have predicted? What are your thoughts?
For the full text of the decision, see: