If the Wife Goes to Stay with Her Mother – Does the “Clock” on their Relationship Start Over?

In Whalen-Byrne v. Byrne, the issue for the family court seemed simple enough: It was to determine the precise duration of the former couple’s relationship, which in turn would drive the duration of spousal support the husband had been adjudged to owe the wife.

And the beginning and end dates were uncontentious:  both husband and wife agreed that they began living together in 1993, and separated in 2010, which on a straightforward calculation was a span of 17 years.

But the problem was that at one point – from October 1996 to March 1997 – the wife moved out of the matrimonial home and went to stay with her mother.    After this brief separation they reconciled, and went on to get married a few years later.

The court was therefore left to determine what effect this separation had on the duration of their union.  A trial court had pegged it to be 13 years, on the basis that the separation essentially “restarted the clock” on their relationship, and that it really only commenced to run after they reconciled.  The trial judge explained it this way:

It appears that following the [wife] moving in with her mother the parties continued to be open to the possibility of continuing a relationship; however, both parties were taking steps to put distance between themselves (i.e. cessation of cohabitation and pursuit of relationships with other persons other than the other party). The most reasonable interpretation is that the parties intended to be separate from one another subject, at best, to the possibility of resumption of cohabitation. I find therefore that the period of cohabitation for consideration in respect of the [wife’s] claim for spousal support commences March 1997 and concludes with separation on April 10, 2010 for a period of thirteen years.

The wife appealed this ruling, and the Court of Appeal agreed with her reasoning.

In determining the length of cohabitation, the trial judge had been incorrect to “reset” it at the reconciliation point.  Instead, the facts showed that even when the wife went to live with her mother, the couple never formally separated; they merely had what the court called an “interim separation” that included “the possibility of resumption of cohabitation.”  In drawing this conclusion, the court considered the following evidence:

The Appeal Court concluded that for determining the duration of the husband’s spousal support obligation, the correct period of cohabitation was 16 years and 10 months, less 5 months for the brief separation, for a total of about 16.5 years.

The Court recalculated the wife’s support entitlement accordingly, and determined that she was entitled to spousal support from the husband that would last 14 years from the agreed date of their separation in 2010. 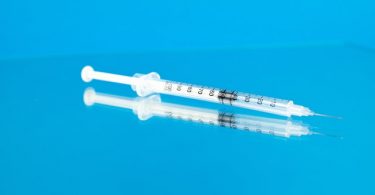