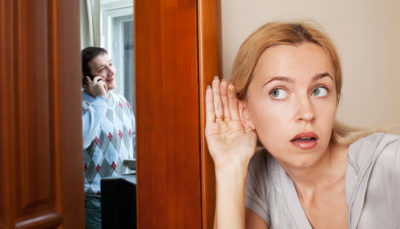 A recent Alberta case called St. Croix. v. St. Croix gave the court an opportunity to review the Canadian law on whether surreptitious telephone recordings could be admitted in Family court.

The background facts that sparked this review featured a mother who had asked the court to admit her evidence of recorded telephone conversations between her and the father of a child they had together.  They were embroiled in a dispute over custody and parenting issues, and she had recorded some of their conversations using her smartphone.  She alleged that in those recordings he had uttered threats to kill her (including a vow to “rip her head off” if she ever tried to take their child from him).

On a motion as to the recording’s admissibility, the court noted that it had not been provided with a copy of the recording, and was merely advised by the mother that it contained a threat of physical violence, and that it was relevant to the broader issues before the court.  The parents disagreed on how relevant it might be.

This scenario prompted the court to review the general law on whether, and in what circumstances, surreptitious recordings are admissible in Family law matters. Here are the key points:

In short:  There’s no clear yes-or-no answer, since it depends on the facts.[5]

Returning to St. Croix v. St. Croix, the mother sought to have the recordings admitted as evidence on the basis that they were relevant to determining the child’s best interests. But the court pointed out that this might actually heighten the acrimony between her and the father, and reward her for being the better “documentarian” in their interactions.  More to the point, this was likely to prolong their litigation and increase expenses, since it would catapult both of them toward providing the court with longer and more numerous affidavits and court exhibits.

In the end, the court in St. Croix decided not to allow the telephone recording, and added that it would be a rare case where this kind of evidence should be admitted, and only after the court holds a voir dire to determine whether it is admissible in all the circumstances.[6]

For the full text of the cited decisions, see:

[5] And for those reading, it’s important to seek the advice of an experienced Family lawyer, before trying to use recorded phone conversations in your litigation.

[6]It should be noted, however, that additional procedural steps were still pending, whereby the trial judge would determine whether that decision was final.