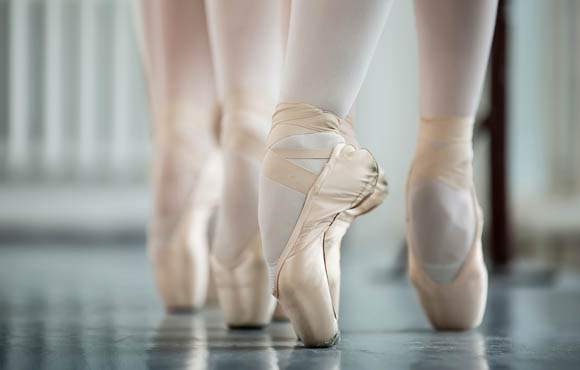 Could Mom Unilaterally Bump Up Kid’s Ballet Lessons – And Ask Dad to Pay His Share?

The very recent decision in Young v. Zaatri addressed a small, but important issue to the separated parents of an aspiring young ballerina:  Could one of them unilaterally increase their child’s level of participation in a sport or activity, and thereby unilaterally increase the other parent’s level of financial responsibility for “special expenses”?

The background facts were unremarkable:   The parents were married for nine years and, and had an 11-year-old daughter together.   The child lived primarily with the mother, but saw the father on alternating weekends.

They had a separation agreement that required the father to pay child support and – because he earned significantly more than she did — also obliged him to pay 70 percent of the child’s “special expenses,” while the mother was liable for 30 percent of them.  Those “special” or “extraordinary” (often called “section 7 expenses” because they arise under that section of both the federal Child Support Guidelines and its provincial counterpart), were to cover child-related expenses excluded from the basic monthly child support that the father was ordered to pay.

In this case, the “special expenses” consisted mainly of the fees incurred for the daughter’s ballet classes.  The father had agreed in writing to contribute to the cost of one lesson each week, which would total $900 annually.   However, the mother unilaterally enrolled their daughter in many more classes, claiming that the daughter wanted to take them, since she loved doing ballet.   The mother conceded that the father had never agreed to pay for this accelerated schedule of lessons, which now amounted to about $3,000 per year.

The parents went to court to resolve this dispute over the special expenses that the father should pay, in the circumstances.

The court quickly cut to the chase.  It essentially determined that:  1) the added ballet lessons were in this particular child’s best interests; and 2) they fell under the category of a “special expense” within the meaning of the legislation.   However, since the parents had been unable to communicate effectively about what special expenses were reasonable, the court would have to craft an order that addressed what level of fees was appropriate, and how responsibility for them should be allocated.

The resulting court order:  1) confirmed the respective incomes of each parent; and 2) directed that the father would still have to pay 70 percent of the overall cost of the increased schedule of lessons, while the mother would pay 30 percent.   The court also imposed a requirement that the parents set up a “budget” for the daughter’s ballet courses, to the tune of $2,000 annually.  The parents were required to contribute to that budget on a 70/30 split as well.

Finally, the court ordered that the mother must forward to the father, for his information and on a regular basis, the invoices for the daughter’s ballet lessons.  She was also obliged to advise him if the lessons decreased in frequency, or were terminated altogether.  The court also added that any further section 7 expenses were to be agreed to in advance, but that consent by each parent was not to be “unreasonably withheld.”

This decision is not to be taken as giving a parent the green light to unilaterally incur costs for sports or activities, and then expecting the other parent to pay under the umbrella of “special expenses.”  Instead, it simply shows the court’s flexibility around assessing the child’s best interests versus what the parents themselves may have agreed in writing between themselves.