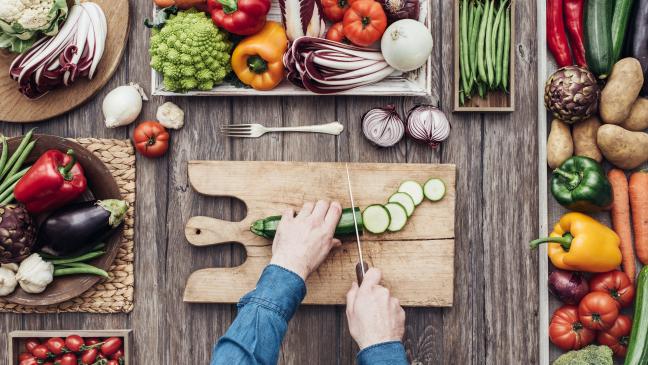 Should Dad Be Forced to Cook Gluten-Free?

In the recent decision in Beaulieu v. Beaudoin, the court was asked to rule on several continuing disputes between now-divorced parents in relation to the custody, access and care of their four children, three of whom had special needs. Specifically, one child had been diagnosed with autism and ADHD, while two others had severe behavioral issues.

In the context of a hearing to resolve several ongoing and acrimonious issues, the mother asked the court for an order to force the father to follow children’s gluten-free diet when they are in his care.

[While we have you here, we wanted to remind you that you can get the latest articles delivered to your inbox. Sign up here.]

The court explained the mother’s position:

The [mother] says that she has invested significant time and energy into learning how to support the children’s needs and how to stabilize their symptoms through medication and diet. Her research has led her to believe that gluten free and casein free diets have been shown to have positive effects on children with autism and ADHD. She asks that the [father] be ordered to adhere to their dietary requirements.

The father resisted;  although he acknowledged that some of the children had special needs, he disputed the effect of gluten on their behaviour.  He had consulted the children’s doctors on his own about the role of gluten, and they advised that it was unlikely to have any impact.  The court added, “He goes on to list the [the mother’s] long list of dietary restrictions which he believes illustrates [her] own obsession with food and her need to correlate everything about the children’s behaviour on what they eat.”

The court considered evidence, in the form of a letter, from one of the children’s pediatricians.  While stopping short of prescribing a gluten-free lifestyle, it indicated “some evidence” that such a diet can be helpful for children on the autism spectrum, and that “Mom feels that she is doing much better.”

He does not prescribe a gluten-free diet. Dr. James’ letter only reports what the [mother] has told him; this is double hearsay and has very little probative value. I am reluctant to make the [mother’s] dietary demands a term of any order without more persuasive evidence. To do so would expose the [father] to allegations of a breach of a court order. At the same time, the children are spending most of their time in their mother’s care and it is problematic if the [father] ignores her concerns altogether. This is a high conflict case. The parties do not need to be looking for new ways to antagonize each other.

In the end, the court resolved this narrow issue by ordering that the father must “respect the children’s dietary regime within reasonable limits.”  The court then went on to rule on a host of other contentious, equally-narrow issues between this warring former couple.  (These will be the subject of future Blogs.)