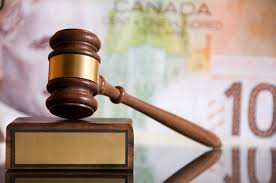 When a Kid Gets Arrested — Do Criminal Defence Costs Amount to a “Special Or Extraordinary” Expense?

Let’s say your troubled teenager daughter gets criminally charged with a couple of offence, namely driving under the influence, and possession of narcotics.

Your former spouse, who has custody, ends up paying over $10,000 in legal fees to help your teen defend her charges and pay the penalties.  This includes $9,160 legal fees, plus fines, 3 traffic tickets, $1,250 for a vehicle monitoring device, $198 to reinstate her driver’s license, and $634 for a remedial impaired drivers program.

You are never consulted with how much to pay, although you have no complaints about the quality of the lawyer your former spouse hired, the legal services provided, or how much they cost.  Your spouse describes the objective as being “to minimize the effects this mistake would have” on your teenager’s adult life.

The question is this:  Are the legal fees your former spouse paid to defend your teenager considered to be “special or extraordinary expenses” within the meaning of s. 7 of the Guidelines?  And should you be on-the-hook to pay for your share?

A number of recent Ontario court decisions have addressed this question, and – perhaps surprisingly – the answer is “no.”

The described facts are from a recent case called Vidal v. Dunn, where the mother had claimed from the father for half of the $10,000 in legal fees she had spent to hire the daughter’s lawyer.  The father resisted, stating that he had begged their teen daughter not to drink and drive, and that she now needed to learn from her mistakes.

From a legal standpoint, the mother’s claim was based on s. 7 of the Guidelines, which allows a court to order a parent to pay a proportionate share of a child’s non-routine expenses relating mainly to his or her child care, medical and educational needs.

The court declined the mother’s request.

Ontario courts have routinely found it too big a stretch to accept that the legal fees paid by a parent to defend a child against criminal charges fall within any of those categories. In another case called Children’s Aid Society of London and Middlesex v. B.(C.D.) the child had been charged with several criminal offences, including assault causing bodily harm to his mother, assault with a weapon, and attempted murder.   When the father tried to make a claim for the child’s legal fees from the mother, the court rejected it, stating:

I do not accept the submissions of counsel for [the father] that legal fees incurred for [the child’s] criminal defence are special expenses pursuant to s. 7 of the Child Support Guidelines. Counsel submits that these legal expenses relate to the child’s ability to attend school. He asserts that without a successful criminal defence, he would not have been able to attend school. While that might be true, it is too far remote to the intention of s. 7 in order to qualify as such an expense.

Likewise, in S.(R.P.) v. S.(K.J.) the child was criminally charged with street racing.  The father asked the court to order the mother to contribute to the payment of the child’s fine, and towards the costs of the legal services that were needed to defend the charges.   The court rejected the claim under s. 7, concluding that these kinds of expenses were “a matter for the parties to resolve with [the child].”

What are your thoughts?  If a child gets in trouble with the law, should parents be equally responsible for the legal fees incurred in mounting a defence?