In an unusual recent Family law case, an Alberta court has ruled that a lawyer essentially coerced his own client to settle her case through mediation, and that this was tantamount to negligence in providing legal services. The court ordered the lawyer to pay the client almost $132,000 in damages, being the difference between the settlement and what the client would likely have obtained had she proceeded to trial or arbitration.

The female client, who had left a 10-year marriage, had hired the lawyer to advance her Family law rights against her husband, which included child and spousal support claims.  The client had hired the lawyer specifically to litigate on her behalf, since she was not interested in engaging in settlement discussions.  A prior months-long bid to resolve the numerous outstanding legal issues in the case, using a different lawyer and invoking the collaborative law process, had failed.

With the lawyer’s representation, the matter wended its way towards a trial; however, the husband raised objections about the amount of temporary and retroactive support he was to pay, and withheld support payments at various times.  This took a toll on the client’s personal finances, and she began to struggle with debt.  This, in turn, impacted her physical and mental well-being.

Reluctantly, she eventually agreed to participate in mediation, and finally settled her legal claims against the husband through that process.

However, after later realizing that she may have been shortchanged in the settlement, she sued the lawyer in negligence, accusing him of failing to properly prepare her for mediation, and failing to fully advocate for her position and interests.  Importantly, she claimed this decision impacted her financially:  Had she had gone forward to court or arbitration, as she had asked the lawyer to do, she would have received significantly more money.  Instead, as the court put it, “she ‘gave up’ and agreed to an unwise settlement.”

After hearing detailed evidence on the nature of the lawyer’s representation of the client in the case, the court agreed that the lawyer had been negligent.  It began by cataloguing some of the expectations placed on any lawyer who represents a Family law client at various stages of the pre- and post-mediation process.  These include:

A lawyer is also obliged to:

In this regard, the court heard expert evidence on what specific steps the lawyer should have taken in this particular scenario, which included (among other things):

After an extensive review of the lawyer’s specific involvement in the client’s file, the court found the lawyer had indeed exhibited numerous shortcomings before and during mediation (although his conduct met the needed standard of care in the post-mediation phase).

The lawyer not only fell below the standard of care expected of a member of the legal profession tasked with assisting a client to settle a matter, but in doing so he had also compromised his client’s legal rights and entitlements.   The court summed it up this way:

[The client] was coerced into a mediation she did not want or instruct on an informed basis. … [H]ad she had proper legal representation, she would not have been at mediation, or not have been so ill-prepared and underinformed so as to accept a very compromised settlement, and instead would have proceeded to arbitration.

The ordered the lawyer to pay damages accordingly, together with the client’s legal costs. 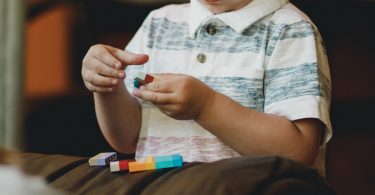