Given that the new school year has just begun, it’s a good time to revisit the law on whether parents are obliged to pay ongoing child support in situations where an adult child (i.e. over the age of 18) has already obtained one University degree, and is seeking to continue to attend school in order to obtain an additional degree.

We have written about this in the past How Many University Degrees Should Parents Pay For? but as an adjunct to another Blog post this week  Do You Have an Obligation to Support a Child Who Wants Nothing to Do With You? we are focusing on an interesting narrow question: whether the quality of the relationship between the parent(s) and the child should have any bearing on whether a parent should have to continue to pay for the child’s continuing education.

At the outset, it should be noted that there is no stock answer to that question:  While courts are generally prepared to impose a few specific responsibilities on adult children in exchange for support, they have traditionally stopped short of actively requiring the child to maintain a social relationship with his or her parent.    Nor is there any statutory authority that requires a court to take this factor into account in making an award.

Indeed, looking at the cases that consider this issue it seems that – generally speaking – mere estrangement between a child and his or her parents, even on the child’s sole instigation, is not relevant to the question of whether an adult child should still receive support.  Rather, even in cases where an adult child is pursuing a longer-term course of higher education, the court as a first step must merely look at the usual factors that pertain to whether support should be ordered, namely:

• is the adult child considered a “child of the marriage” (as that term is defined by the Divorce Act)?

• is the child support amount set out in the federal Child Support Guidelines inappropriate?

• if the Guideline amount is inappropriate, what level of support is appropriate in the circumstances?

As a second step, in determining the appropriate support amount for an adult child the court will then take into account the fact that he or she is in full-time attendance in a post-secondary education program (which situation is considered by the legislation to be an “other cause” for the child being unable to withdraw from parental care).    The fact that a child intends to study towards a second or subsequent University degree is merely one of the factors to be taken into account.  For example, in a recent Ontario case called Haist v. Haist (Zawiski) the court said:

An applicant for support bears the onus of proving that the child is dependent and unable to withdraw from her parents’ charge. If a young adult is diligently pursuing studies in a suitable program and there is evidence establishing the need for support, there is a virtual presumption that support should be provided for at least an initial university degree or college program. The onus of demonstrating dependency becomes more burdensome when the issue concerns post-graduate education and as the child becomes older …

The bottom line is this: whether for a first or second (or third) university degree, the issue hinges on the child’s dependency.  This of course will be determined by looking at the facts of each individual case.

For the full text of the cited cases, see: 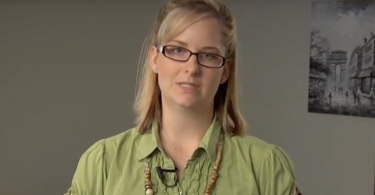