In a decision from earlier this year, the court confirmed that a father was still obligated to pay support for his two children from a first marriage even though: 1) he no longer had a relationship with them; 2) he had a new family (and two other small children) to support; and 3) the child support obligation would cause him undue hardship, in light of his difficult financial circumstances.

In this case, the husband and wife had two children together. After they separated, the mother – who had a third child from a previous relationship — moved all three children with her to Manitoba. The mother earned approximately $24,000 per year as a hairstylist plus another $9,000 in child support for the third child she had from the other relationship.

Meanwhile the father, who remained in Ontario, had embarked on a new relationship with another woman, and had two more children with her. He was the sole supporter of his new family unit, which consisted of his new wife, the two children, and his mother-in-law (who lived with them). The father earned approximately $56,000 per year as a service technician, but this included significant overtime, which was not reliably available to him in the future.

The mother applied to the Ontario court for an order for child support from the father, in respect of the two children they had together. However, the father was asking for a deviation from this amount based on undue hardship, so the court was obligated to compare the household incomes of the parties.

First, the court considered the fact that the father’s had a new family to support. Indeed, it accepted his claim that he was struggling financially to support them, particularly since he had the added burden of having his mother-in-law living in the home. He was heavily in debt, and owed considerable amounts to extended family members. Admittedly, the father received a little assistance on car payments from his father-in-law from time to time, but these were not a regular part of his income. And even if his new wife was able to return to the workforce in the future, her added income would be offset by day care costs, since the mother-in-law was not capable of looking after the children.

The court also made an interesting observation: Since the father admitted that he did not in fact see his older two children anymore (the mother having apparently cut him out of their lives when she moved to Manitoba), his current debts and precarious financial situation were wholly unrelated to his prior relationship with the mother. Furthermore, while the father may have had a moral obligation to support the mother-in-law, he did not have a legal one. As such, the father’s dire financial scenario was essentially of his own making, and could not be the grounds for his “undue hardship” claims.

As such, there was no avoiding the conclusion that the father was legally obligated to pay child support for his two children of his first union; however, in determining the proper amount the court was entitled to consider all of the circumstances, including the father’s financial obligations to his new family.

In the end – and despite finding that he would endure financial hardship – the father was ordered to pay the mother child support. However, in light of all the circumstances the court adjusted the amount to $400 per month.

We hope you have found this video helpful. If you require further information about this topic please give us a call or visit our website at www.russellalexander.com 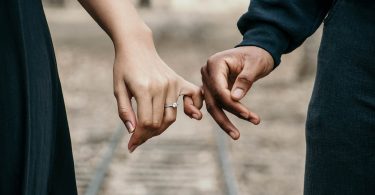