Stealing Grandmother’s Quilt: A Lesson in How Not to Behave Upon Separation

It’s probably not all that uncommon a scenario, but a recent decision from the Ontario court provides a handy illustration of how not to conduct yourself when you’ve decided to separate from your spouse.

In this case, the husband and wife separated in 2006 after more than 20 years of marriage. At that time – and despite having formerly held jobs in the computer field – both were unemployed at the time. They accordingly decided to continue living under the same roof for about a year until the husband moved out in August of 2007. At that point, their three children were aged 19, 18 and 12.

The husband chose to move out during the August 2007 long weekend, when the wife and children were away. Without giving the wife any advanced warning – and with the assistance of several friends he brought along for the purpose – he removed a significant amount of furniture and other items from the home they shared. These included a dining room set, the master bedroom set, two leather sofas, two coffee tables, a mirror over the fireplace, lamps, a mirror in a washroom, at least two television sets (including the large 40-inch one from the family room), the patio furniture, the snowblower, and various small kitchen appliances. He also removed the family videos and photographs, as well as certain keepsakes belonging to the wife, including a quilt that had been made by her mother who was now deceased. His explanation for removing this last item was that he “liked the quilt very much” and thought it would be “safer with him.”

The husband also broke into a locked closet in the master bedroom that the wife alone had been occupying since separation, and removed all of her financial documents, including bank account records, records relating to properties in Greece that belonged to her extended family.

The wife and children returned from their long weekend away to find their home half-empty. It was only after the court issued an initial emergency order that the father eventually returned some, but not all, of the family mementos. Among other things, he persisted in keeping certain school certificates, birth certificates, and some personal possessions belonging to the deceased grandmother.

The wife applied to the court to have these items returned, as part of a broader application for various relief which included an equalization payment, the division of the net proceeds of the sale of the home, determining who was responsible for paying certain alleged debts, and child support.

The court was decisive: it ordered the husband to immediately return all family videotapes, birth certificates, school records, photographs of the deceased grandmother. And of course the quilt, too.

And because the husband had the opportunity to remove the furniture items he wanted from the matrimonial home, and because the wife did not ask for them back, the court assumed he had whatever personal possessions and household items that were of importance to him, and made no further order in that regard. However, the court noted that the youngest daughter was particularly devastated by the father’s conduct in taking the family mementos, since she felt that her past had been stolen from her. It also observed that the husband had “paid dearly” for his behaviour: it had been the “last straw” for the children, who have steadfastly refused to have any contact with the father since that time.

Turning next to the determination of how child support would be allocated amongst the parents, the court was equally critical of the husband’s lacklustre attempts at finding employment. The court wrote:

“Mr. Clark provided minimal evidence of the efforts he is taking to obtain employment. He has registered with an employment office in Gatineau and has received five leads. When he has pursued these inquiries – all relating to positions in Quebec – he has been asked if he speaks French. He does not speak French well enough to work in the language, but says he is willing to learn the language. Considering his age and his child support obligations, I do not consider it reasonable for Mr. Clark to focus his employment search only in Gatineau in environments where French, quite understandably, would have to be spoken and it could take Mr. Clark years to become functionally bilingual. Mr. Clark provided no evidence as to why he is not exploring the Ottawa and Eastern Ontario job market. Mr. Clark appears content to collect employment insurance for the time being.”

The court pointed out that the husband was under a legal obligation to obtain suitable alternative employment so that he could contribute to the support of his children, and to keep the wife informed of his efforts in that regard. It was not the wife’s responsibility to constantly ask him if there have been any changes. After considering his education and prospects for employment, the court gave the husband a deadline: if by a specified date the husband’s income from all sources was less than $50,000, the court would nonetheless assume that he was earning that same amount, and would calculate child support accordingly. In other words, the husband would be liable to pay child support based on the assumption he was earning $50,000, even if he was earning less.

In a later proceeding, as part of a determination of liability for the costs for bringing the matter to court, the court found that the husband’s removal of the wife’s personal possessions should never have occurred, and that he should have returned them without her having to obtain a court order. It said:

“This case got off to a very bad start due in great measure to Mr. Clark’s unreasonable behaviour in (1) moving furniture out of the family home while Ms. Clark and the children were away for a weekend, (2) breaking into Ms. Clark’s locked closet and taking Ms. Clark’s financial records, and (3) taking some of Ms. Clark’s personal possessions which were of obvious sentimental value to her. Such behaviour must be discouraged.

Ms. Clark was forced to bring an emergency motion in order to get the return of her documents and possessions. Despite numerous interim orders, I was satisfied at trial that not all items had been returned to Ms. Clark as ordered.”

After taking all factors into account, including whether the parties were successful in other aspects of their respective applications, the court ordered the husband to pay $5,000 in costs to the wife. 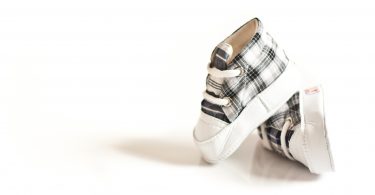