Be Precise When Changing Your Beneficiary Designations via Will

Today’a Blog deals with an interesting decision with practical implications.   It’s called Orpin v. Littlechild, and involves the legal question of whether and how the beneficiary designation in a Life Insurance Policy can be effectively changed or revoked by a Will.

In this decision, the husband and wife had been together for 22 years (and formally married for 16 of those) but had agreed to a trial separation in 2011.   The husband’s existing Will had directed that his entire estate was to be left to his wife, and that she was the designated beneficiary of his RRSP.   In 2009, he had transferred the RRSP to an insurer by way of an investment vehicle (the “Life Insurance Policy”), and had designated his wife the beneficiary of that as well.

After the separation in 2011 the husband – who was evidently conflicted about who he wanted to leave his estate and assets to under the circumstances – make a series of changes to his testamentary arrangements in short succession.    He executed a new Will on March 14, 2011, leaving his estate to his two adult sons.  A day later, he signed a change of beneficiary designation with the insurer, and deleted reference to the wife in favour of his sons as well.   However, by March 25, 2011, he had apparently changed his mind, and executed another new Will, leaving his estate to the wife again.  That Will contained a clause indicating that he wanted her to be the sole beneficiary of:

However, the husband did not actually contact his insurer to change the beneficiary designation; instead, his sons remained on file with the insurer as the named beneficiaries.

The husband, who was clearly in emotional turmoil at this time, committed suicide shortly after.   The court had to decide whether this clause in the Will had the legal effect of changing the beneficiary designation for his Life Insurance Policy.

As legislative background:  Under the Insurance Act, a beneficiary designation may be made or revoked by a “declaration”, which is defined by the Act to mean “an instrument signed by the insured”.    In order to be effective, the declaration must “identify the contract”, or “describe the insurance or insurance fund or part thereof”.   For these purposes, an “instrument” specifically includes a Will.

The court therefore had to examine the wording of the clause in the Will to see whether it met these criteria.    Although the clause did not even mention the word “insurance” at all (much less advert to an “insurance policy” or refer to a particular policy number), the court found that it was worded broadly enough to encompass all moneys held in any of the husband’s investment vehicles, including his RRSPs, (and the investment vehicle underlying the Life Insurance Policy qualified as such).   His use of the phrase “or other similar device” in the Will also indicated that he was intending to cast a wide net in order to capture all the monies and investments that he held.  All evidence pointed to the fact that his Will was implicitly intended to change the designation back in order to name his wife as beneficiary.

In coming to this conclusion, the court also looked at the surrounding circumstances that were in play at the time the husband changed his Will; this included the nature of his prior changes to the Will and life insurance arrangements, and the fact that in his conflicted state of mind in the days leading up to his suicide he may not have been attuned to the necessity of taking the added step of formally changing the beneficiary designation in the insurer’s own records.

In the end, the court held that the proceeds of the Life Insurance Policy were payable to the wife.

The case illustrates some important points:  when making or amending to a Will, make sure that its wording is clear, and that it reflects your express intentions in terms of the disposition of your estate and assets.  And don’t forget to take any extra corollary steps that might be needed to give full effect to those intentions. 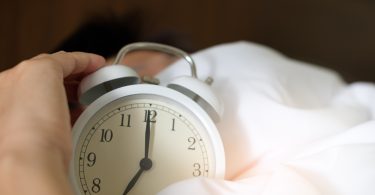 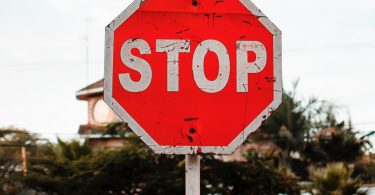